Thomas’ first job straight out of drama school was a small part as a German soldier in the award winning hit HBO tv series “Band of Brothers”. He was asked by the national Danish broadcasting network, if he would introduce the episode on live television; seeing as he was the only Danish actor in the series. Thomas who hadn’t then seen the show and whose role was rather small, avoided a potentially embarrassing situation by respectfully declining. Because when the show aired, he found out that his two scenes were among many cut from the episode and he is in the show for all of 7 seconds.

20 years on, his resume is nothing to be embarrassed about. Thomas has featured in several of the hit “Nordic Noir” tv shows, such as “Follow the Money”, “The Bridge” and “The Legacy”. He has played a leading role at the very prestigious Royal Shakespeare Company in England (in “The Earthworks” by Tom Morton-Smith in 2017). In 2008 he won the Danish equivalent of the Tony award “Aarets Reumert” together with long time friend and colleague “House of Cards” and “The Witcher” star Lars Mikkelsen for their Shakespeare show “Muse of Fire”. In 2016 he had his debut as writer and director with the short film “Opposite a Track”, produced by two time Academy Award winner M&M Productions, a film in which he also played one of the two leads.

As a final testament to his great versatility it’s worth mentioning that he in 2019 played the part of “Huxley” – the only human actor – in the hugely successful BBC arena spectacular “Walking With Dinosaurs”. 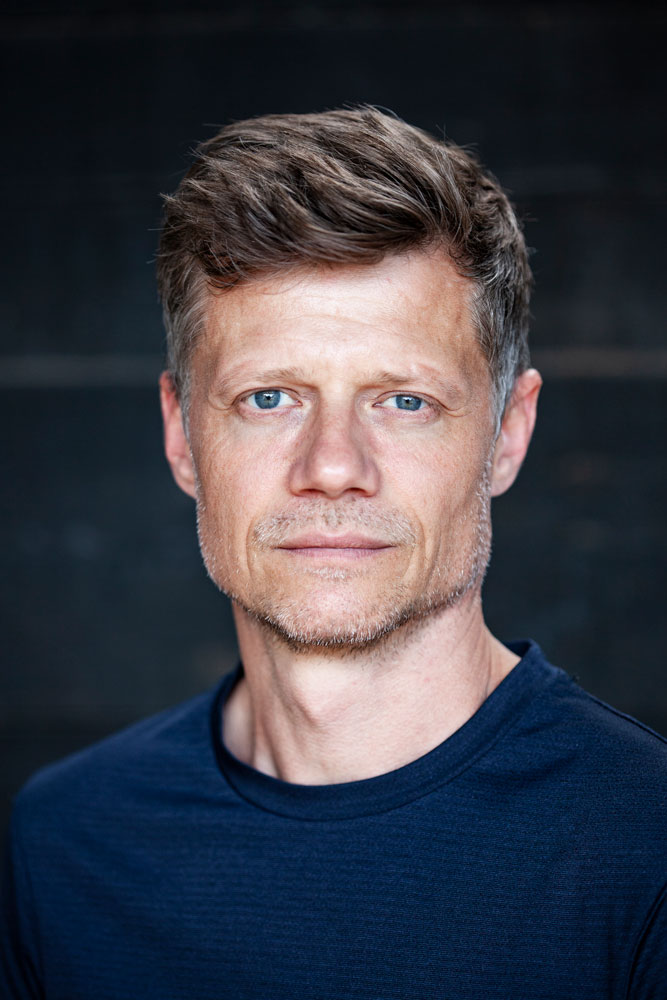